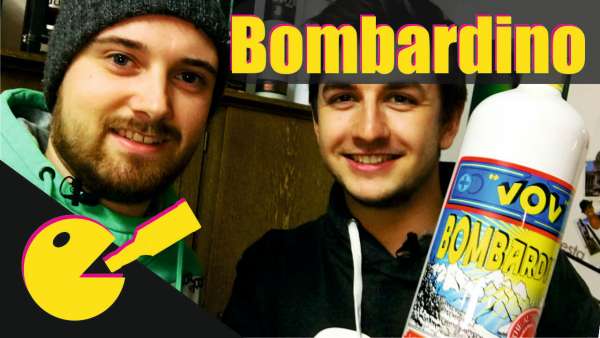 Since the 2012/2013 ski season, a drink at the ski huts and après-ski parties in South Tyrol has become indispensable. The hot drink, which mainly consists of egg liqueur, reinforces two well-known wisdoms: All trends come back at some point and the most important thing on a ski holiday is après-ski. But what distinguishes the Bombardino from a common eggnog?

Where does the Bombardino come from?

The oldest known Bombardino recipe comes from Padua, one of the oldest cities in Italy. Padua is 30 km west of Venice. Since Padua is around 100km from South Tyrol, Bombardino is by no means a South Tyrolean specialty, even though it has gained the greatest popularity at ski huts and is now valued beyond the borders of Italy.

Who Invented the Bombardino?

The pastry chef Gian Battista Pezziol from Padua specialized in the production of white nougat (Torrone). For this he needed large amounts of protein and was looking for a sensible way to use the yolk. By fortifying the egg yolk with Marsala, a liqueur wine from Sicily, rum, alcohol and sugar, he invented a tasty and nutritious drink in 1845, which offered two advantages: the alcohol content made it last longer and the high nutritional value made it the first Bombardino in the 19th century as a kind of energy drink.

What's in the Bombardino?

Most bottled Bombardino, such as those from Roner and Psenner, each consist of a third of eggnog, rum and milk or cream. However, it is just as legitimate to replace the rum portion with whiskey or brandy. A specialty is the Bombardino from VOV, whose recipe uses rum and Marsala liqueur wine.

How is the Bombardino served?

Bombardino is a real winter drink and helps enthusiastic skiers warm up faster in the huts. The Bombardino is therefore always served hot. The ideal serving temperature is 45 ° C. To be able to serve the après-ski in style, you need:

Why is it called Bombardino?

The name of the drink comes from two causes. On the one hand, the name goes back to the fatal effect that the mixture of eggnog and rum has after only a few minutes. Especially when you have spent the whole day on the ski slopes, the hot drink in combination with coffee is particularly quick and strong, just like a bomb. On the other hand, the name also alludes to the calories, because Bombardino is a calorie bomb in the truest sense of the word due to the ingredients, such as eggs, sugar, cream and alcohol, and in combination with coffee it is a kind of postmodern energy drink. The Roner distillery has implemented the name Bombardino particularly well in design, as the bottle with the black label reminds a little of a bomb with a lit fuse.

But now we wish you a lot of fun with bottles!